Blitz Republic is a new Rise of Nations Extended Edition mod. Several features will be added to the game which will include new units, new skins, changes in game logic (such as border attrition removal) and more. One of the most awaited modifications include the increase of the population limit to 999,999 and the removal of nuclear cap by increasing the limit of nukes built to 9999. Economic feature includes the change of buildable farms from 7 to 100 per city.

Blitz Republic equips the Rise of Nations gamer with vital tools to gain the necessary edge in the battlefield. Mod increases the population cap to 999,999 from the former limit of 200. It also removes the practical limit of nuclear missiles used in game to 9999, theoretically making the nuke warfare an unlimited strategy. It also increased the farm limit from 7 to 100 per city. Attrition is also removed from RON as well as several other game abilities were added.

Blitz Republic Mod for Rise of Nations will add (as part of future releases) campaigns for United States, China, Russia and Israel. For modern take in history, we changed the Nubians to Arabs, the Bantu faction was changed to Khmer. As part of a later update, we will also change the Lakota to Brazil, Persians to Iranians, and later add a new country, Israel. 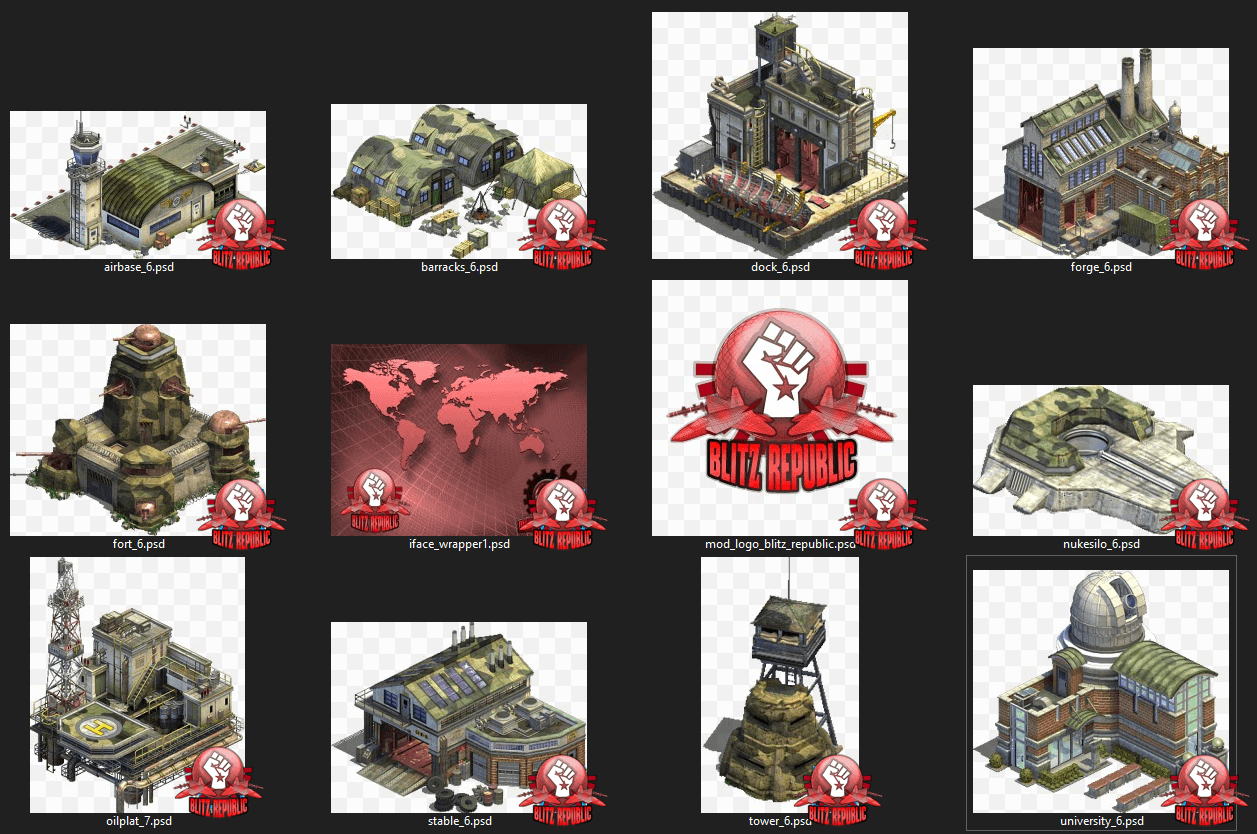 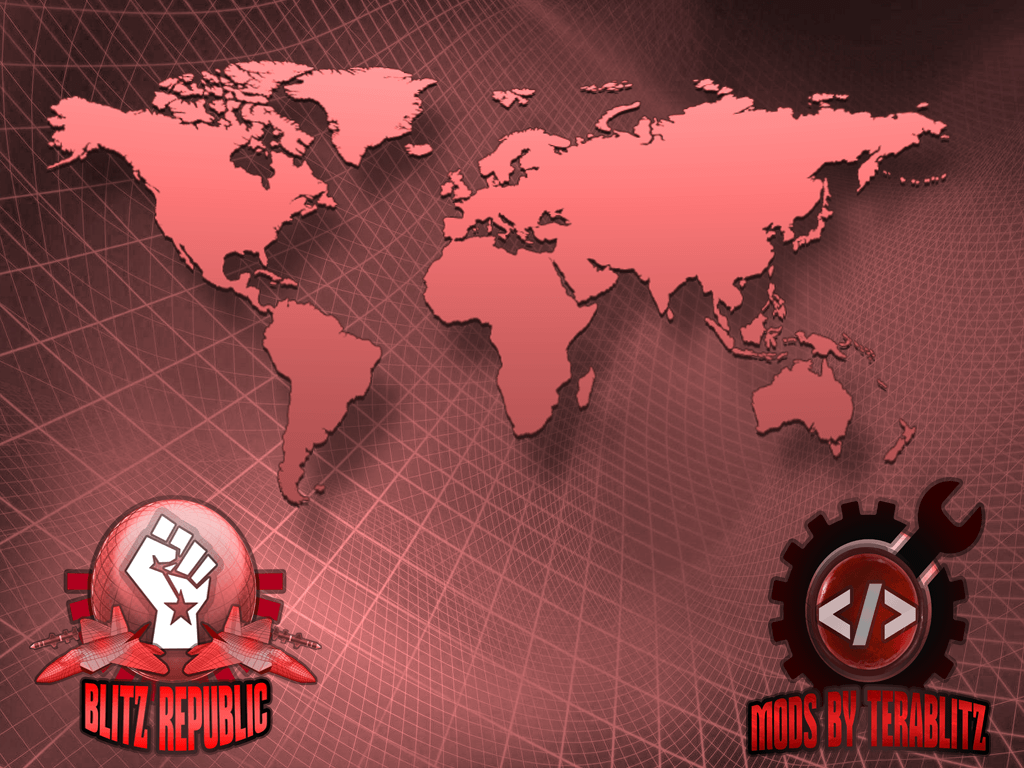 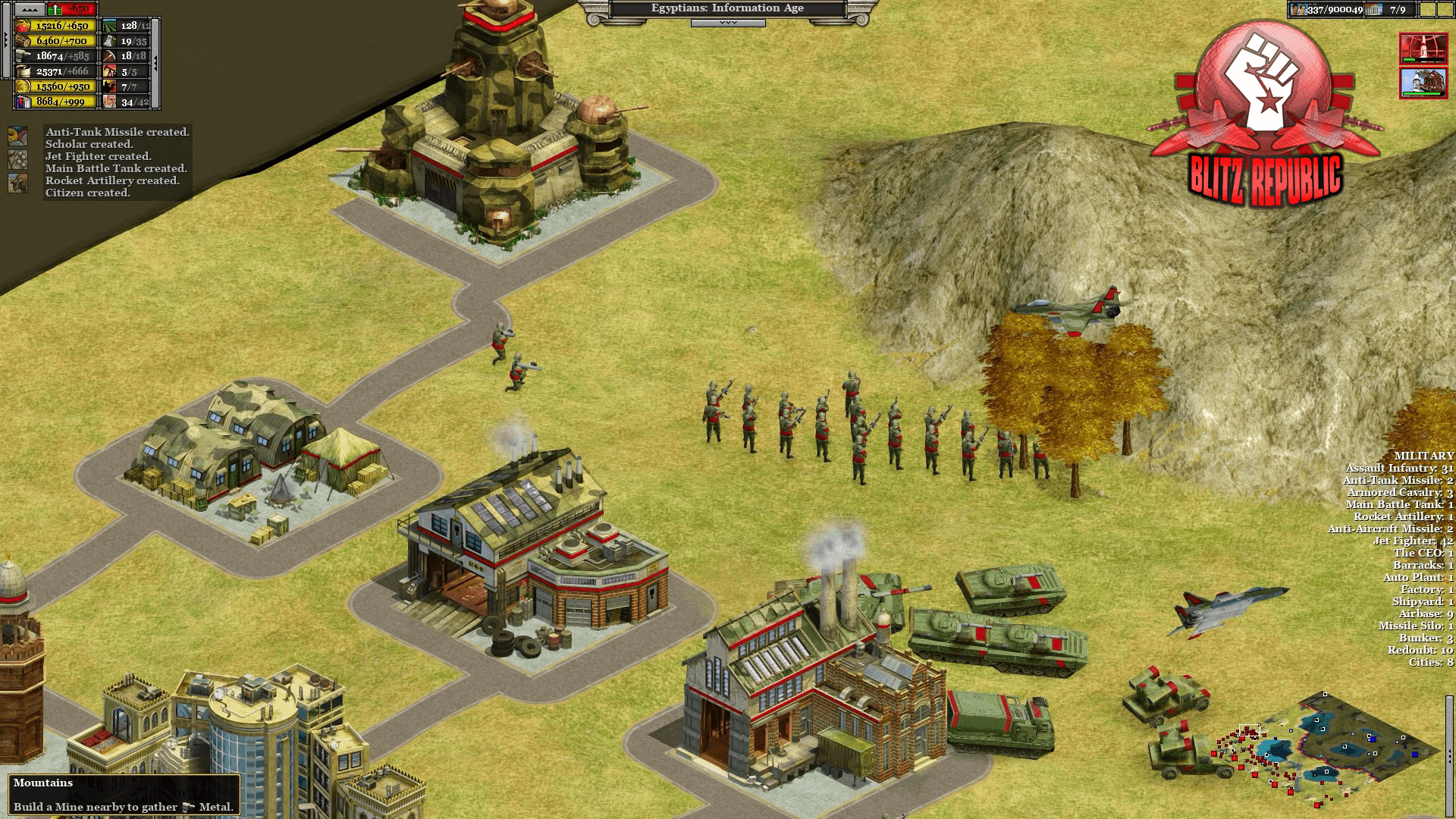 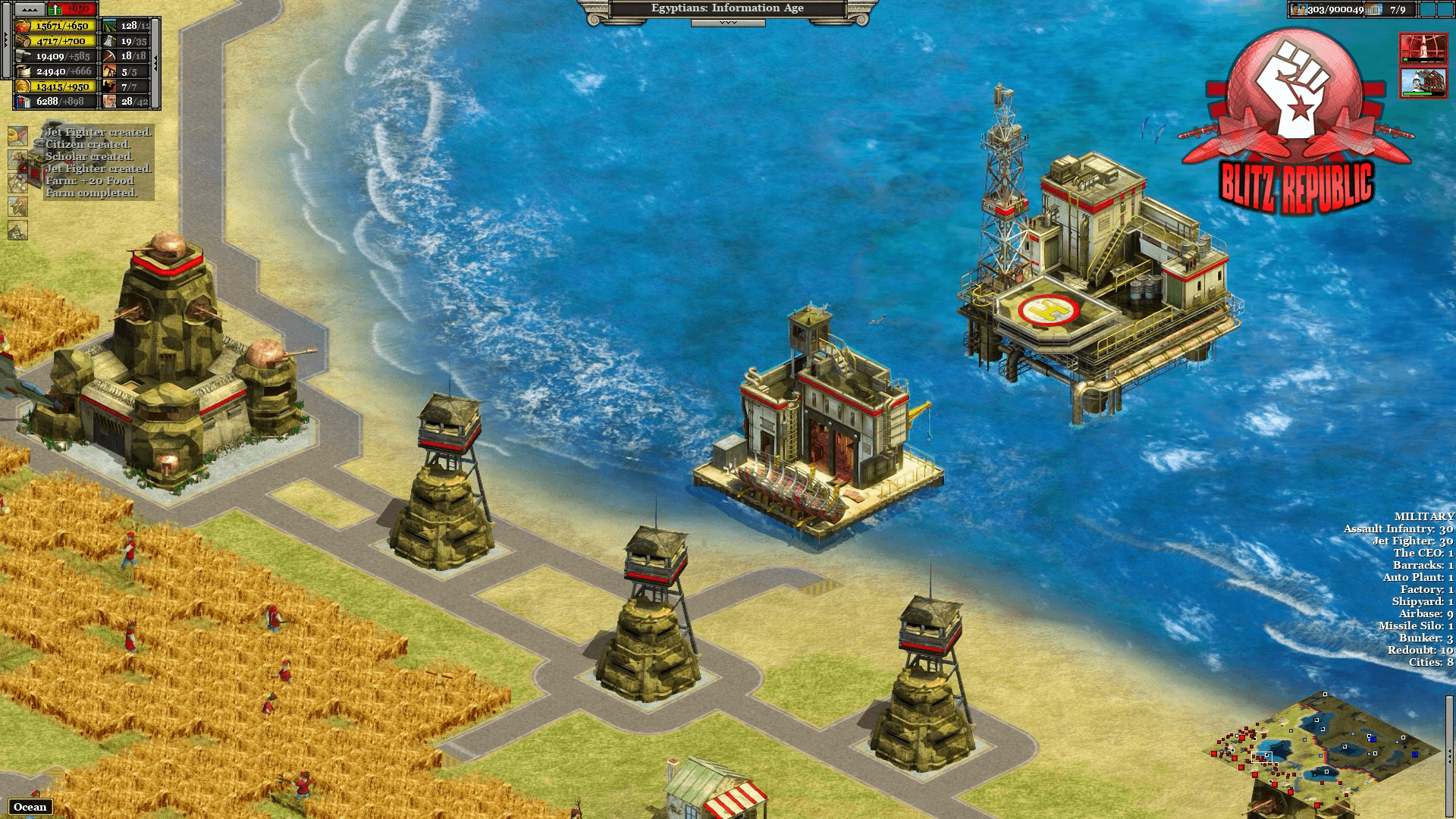 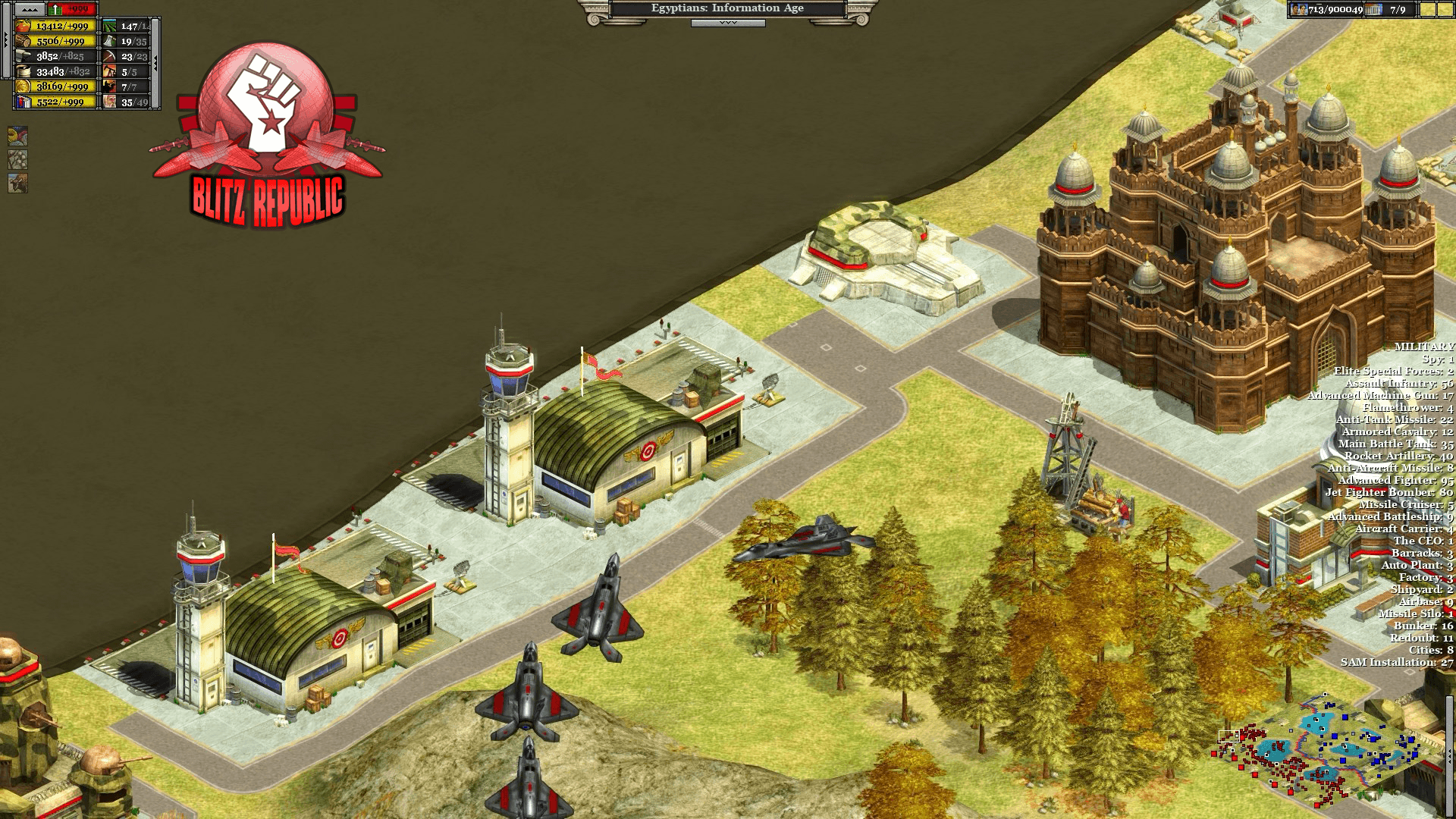 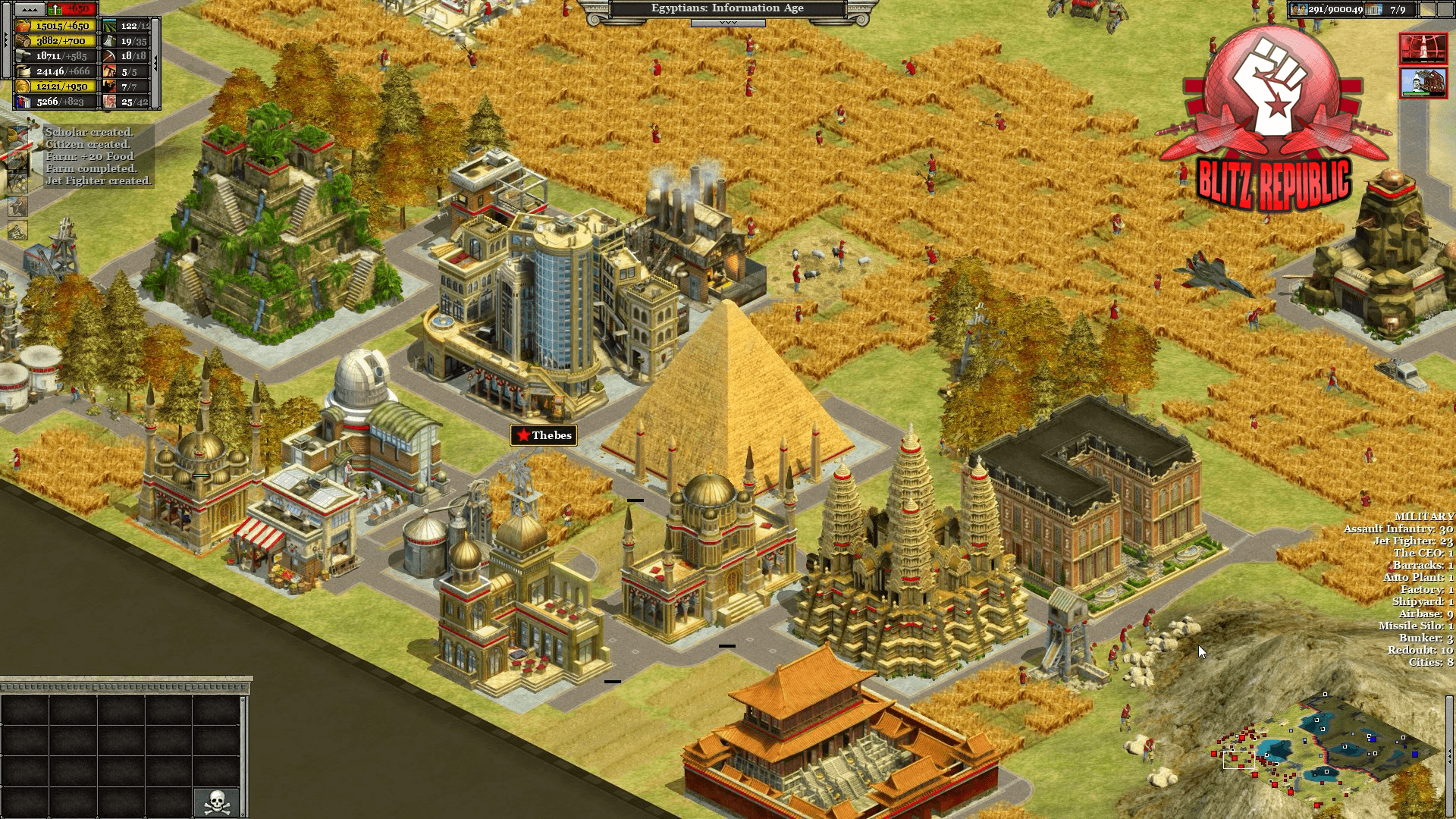 try other mods by terablitz